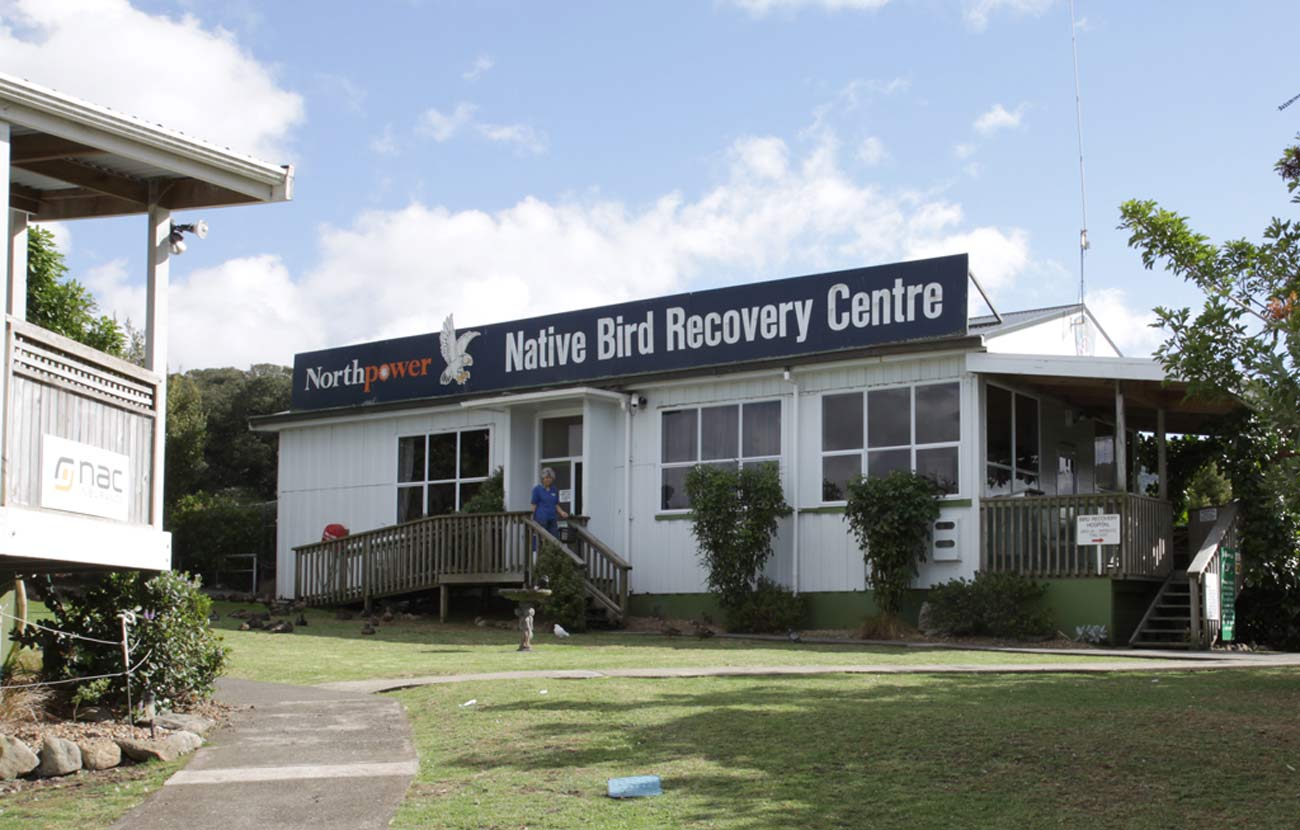 We would like to thank Northpower for their renewal of their Sponsorship, this is what enables the Recovery Centre to keep going each year.

We should not have to struggle each year when looking after our Native Birds, I see where thousand are found to look after the Kauri Trees, walking tracks, predator control and many other items, but who planted the trees in the Forest, yes, our Native Birds so where is the help for them.

We must remember that the Native Birds were here long before man arrived, many of the injury’s that Birds sustain are man-made, humans call it progress, I wonder what the Birds call it.

Most years I send an invitation to the Head people at DOC in Wellington to come and have a look at what the Recovery Centre is doing for Conservation for the past 30 years, I do get the odd reply saying the Minister would love to visit but that never happens.

Some years ago I was asked to hand rear 12 Native Pigeon Chicks for the Department, this was a project that they were running to introduce the Pigeons back on the 3 Kings, after rearing them for 8 months they were taken to the 3 Kings for release, we never received a cent for the work we did and never found out how it all went, not even a letter of thanks.

The funny part of this was at the start we received two plants in pots that were put in the cages to see if the Pigeon would touch them as they were very rare plants, ( Pennantia baylisiana ) Three Kings Island endemic complete with a registered number.

After the Pigeons were taken away the 2 plants were still in the aviary’s, after 3 months the plants were looking very sad, I took them home and planted them in the Bush on our property where they started to look heathy again.

Two years on I received a frantic call about these 2 very rare trees and did I still have them, I was pleased to say they were growing very well, the guy on the phone was thrilled and said they would come and pick them up, he nearly had a fit when I told him I have planted them at my place, this meant that since they had been planted they could not be removed, “O”Dear.

I was asked that when they have seeds could I let them know so they could collect some, now that should be worth a bob or two for the Centre.

This could only happen at the Centre.
Robert and Robyn Webb.