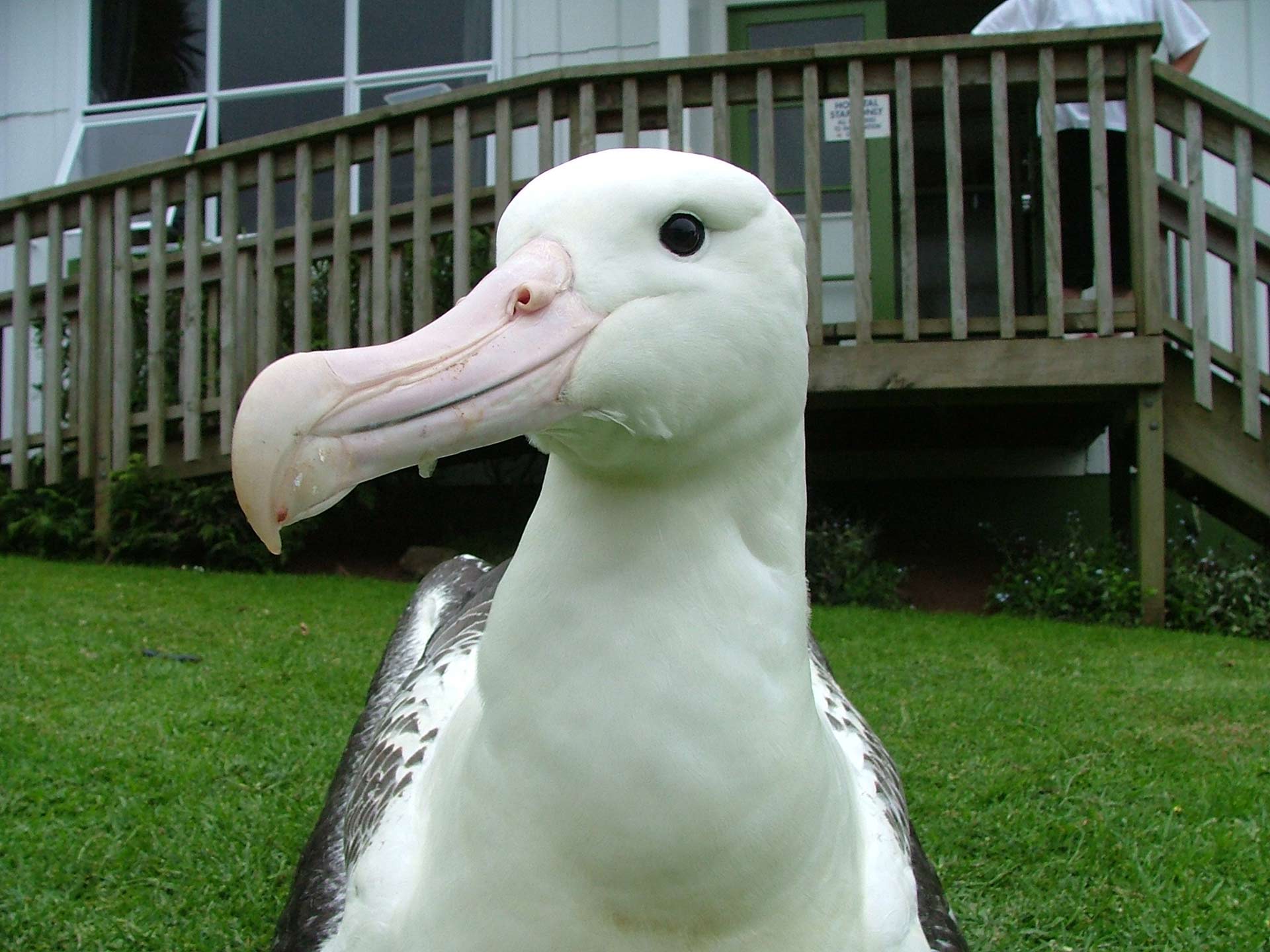 On 24 December 2005 a Southern Royal Albatross was picked up from Ripiro Beach near Glinks Gully on the west coast of Northland, New Zealand.

The male bird, estimated to be two or three years old was worn out and had a wing injury after battling strong stormy winds.  Robert Webb, Centre Manager, said that the bird would normally rest for several days on the beach until he got his strength back.  Due to the number of people on holiday in the area at this time of year, it was the safer option for “Royal Albert” to come in to the safety of the Centre to recover.

The royal albatross was only the second one to come into the Centre since it started.  After contacting the Dunedin sanctuary it was confirmed that the bird did not come from there, so it probably came from lower down in the Auckland Island area, about 465 kms south of Bluff.

The bird is absolutely huge, with an estimated weight of 9kg and 3.3m wing span.  He is also very well behaved and extremely hungry.  He eats about $20 of pilchards a day.  Robert Webb jokes; he’s eating us out of house and home so hopefully he pays his board before he goes.

While Royal Albert was at the Centre we had hundreds of people coming to visit to see this magnificent bird up close.  Royal Albert took his new found celebrity status in his stride and was not at all worried about all the people visiting him as long as the pilchards kept on coming to fill his tummy.  The number of visitors was also a god send for the Centre as their donations helped to buy the large volumes of pilchards required.

The daily routine to care for Royal Albert was to get him out of his pen in the morning, he would walk up to where he was to be fed.  He would have a big flap and stretch, a few little runs then he used to quite often sit down and preen him self for the next half hour.  This gave us time clean his pen.  As with any bird a few hours a day in the ultra violet light aids in the recovery of the bird by helping to replenish natural energy resources.  The daily exercise on the lawn also provided the opportunity for the public to view this bird at very close quarters.  Very few people would ever get the opportunity to get this close to a live albatross.

We could tell that Royal Albert was ready for release when he started to hold his wings out while facing the wind, jumping up and down on the spot.  An albatross can only take off from the top of the water or by jumping off a cliff.